In 1992, the value of the pound against the U.S. dollar declined by almost 4.5% in just one trading day. It was on this day, the famous financier George Soros earned about one billion dollars in profits on the sale of the British pound. This deal can rightly be called the agreement of the century. And such a success would not have been possible in any other financial market, except the Forex market.

From 1971, when the Bretton Woods Agreement was signed, the currencies of different countries began to trade freely against each other, changing the system of the gold standard. This change was the beginning of free currency trading and formed one of the most dynamic financial markets, the average daily turnover of which reaches 4.8 trillion dollars, according to Reuters.

Aims and objectives of investing in Forex

The first and foremost purpose of investing in the foreign exchange market may seem to be making a profit from speculative operations. But, apart from currency speculation, investments in Forex can be considered as a component of an investment portfolio. For example, if your collection includes shares of foreign companies, then selling the currency of the country in which the companies are registered may hedge currency risks associated with the financial policy of that country.

Regional companies interact with companies from other countries by trading with importers and exporters. There is a currency risk of fluctuations in the value of the currencies in countries with which they cooperate. To minimize risk, hedging may be done by buying or selling foreign currency.

The object of investing in Forex

Since the agreement on free currency conversion came into force, it has been considered as the prerogative of financial institutions. But the significant growth of the Internet, changes in infrastructure and the development of technology have changed the environment, opening access to the foreign exchange market for all investors.

High liquidity and instruments have contributed to the rapid development of the market. Those steps made it an ideal place for many traders in terms of accessibility. Now the price of each currency depends on external market supply and demand factors. It cannot be manipulated as the size of the market does not allow even the most significant players, such as central banks, to move prices arbitrarily for long periods.

It is essential to understand that by currency trading in the Forex market, we mean trading currency pairs. Buying a currency pair does not mean purchasing the actual money, but only gives a contract for the difference at a fixed price.

Classification of investments in Forex

Transactions in the market are carried out 24 hours a day. Singapore, London and New York can be considered the leading trading centres, but London can be rightly considered one of the largest centres of currency trading.

Speaking about the classification of the currency market, it is necessary to note two specific categories:

Forex is considered to be the largest market in the world, thus providing the highest possible liquidity, which allows you to execute trading orders in a split second. In addition to top cash, brokers offer debt capital, which will enable you to control significantly larger volumes of positions using relatively small amounts of own funds.

Leverage can reach 500:1 or even higher, depending on regulatory restrictions. For example, in the U.S., leverage in the foreign exchange market does not exceed 50:1.

Risks of investing in Forex

There is an absolute misunderstanding regarding risks in the Forex market, due to its decentralized and unregulated nature. Significant steps have been taken to create a centralized platform - an Electronic Communication Network (ECN). This is a positive step for individual traders, who will benefit from having access to more favourable prices.

Traders that have access to interbank liquidity are certainly less exposed to risk than traders who trade through forex brokers with a questionable reputation. These are primarily brokers who can influence prices, including trading against their clients.

If the fraud factor is not taken into account, other forms of risk should be noted, such as the default of a particular state or bankruptcy of a brokerage company.

Methods of investing in Forex

The foreign exchange market offers many opportunities for investors. But the trader must understand the factors that affect the exchange rate. 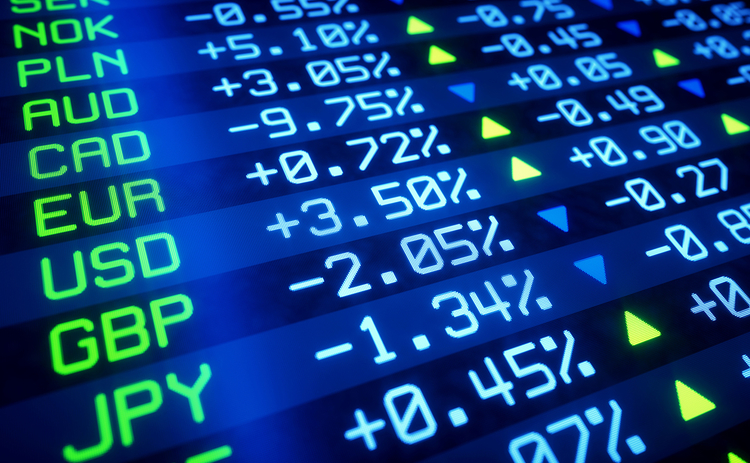 Investments in Forex are more accessible for investors, as leverage allows them to open a trading account with less money than is necessary to trade in other financial markets.

Due to this specificity, opening a Forex account for intraday trading is the most common among traders. An account can be opened with a brokerage company, as well as with a bank. Of course, each forex broker offers specific conditions for its clients. Despite this, you can safely say that the conditions become better the more capital you put on your trading account.

The result of investing in Forex

For many individual traders, especially those with limited capital to invest in, Forex remains the most accessible and attractive market. Approaches such as intraday trading based on technical or fundamental analysis are considered the most common strategies in the foreign exchange market.

There are different views on the possibility of making a profit in the FX market. Some consider it a game; others make a big profit out of it. Anyway, statistics of participants shows that about 95% of beginner traders lose their money. Therefore, each participant should know the peculiarities of this market, have a proven trading strategy, the strict discipline of compliance with all points of its policy, as well as risk management.